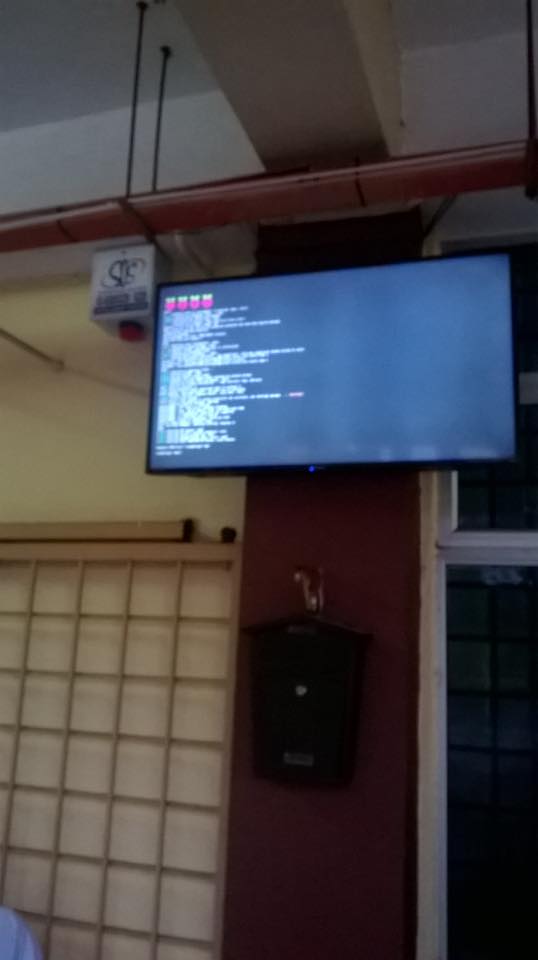 The next day, a teacher climbed on a stair to reach the monitor display with wireless keyboard and mouse. Then he started a program and then a display came out. 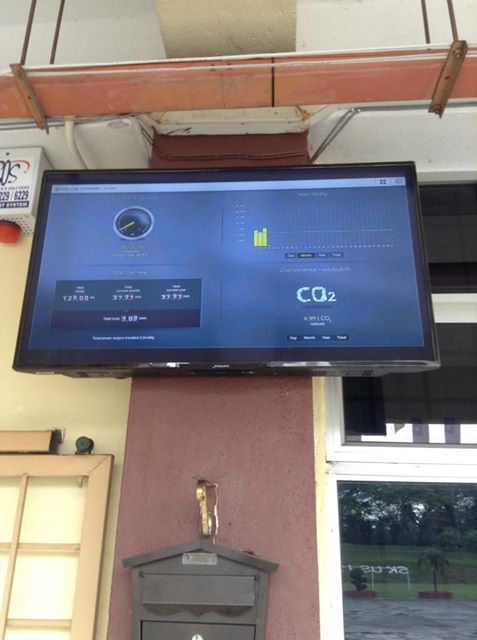 It shows several information carbon dioxide saving level, nuclear energy saving level and solar converted to electric energy level. From the picture, you can see the first 3 hours solar energy has been harvested in the morning.

And up on the roof, solar panel installed on it. Not many covered but it is a good move for a school in Malaysia. 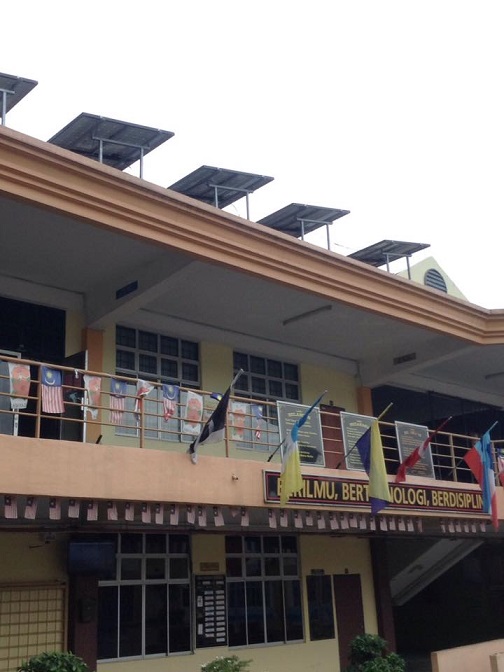 Congratulation to Sekolah Kebangsaan USJ 12, Subang Jaya for having a move toward clean energy. I know there are many schools in Malaysia use solar energy especially in remote area. But, having Raspberry Pi is the first thing I know.